About those White Dudes with Afros

In talking to people who lived through the era and partied in the 70s clubs, no one we’ve talked to seems to remember many white man fros. If you were a white dude – unless you were born with an afro, your hair may have been a little longer than modern styles dictate in the 1970’s, but there were not lots of white guys running around sporting afros. (On the flip side, our black brothers & sisters did sport some glorious afros, but we digress!) The few Caucasian men anyone we’ve talked to can recall back then that had such a bountiful hair globe – came by it naturally; although just saying this may open up a portal somewhere to a minority group of blokes who may have gotten afro perms throughout the decade. If so, prove it man. Because if we don’t see the pictures to prove it, you’re a lying mofo.

In some random areas of the country, SOME white guys may have been going for the afro look because – OMG – Artist Bob Ross… with his infamous white man ‘fro crown painting some “happy little trees” …hell, we were ALL very surprised to find out that his damn ‘fro was manufactured and was kept as part of his persona. Wow, eh?! We certainly do like to mess around some here and there (OK, a LOT) but, this time we are SO not kidding! Still don’t believe us? Check out this awesome article about it on Mental Floss written by the fabulous Caitlin Schneider here. 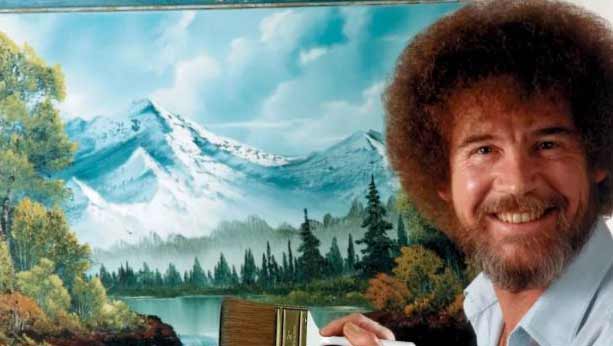 While it’s true that DressThatMan.com is down to present you with some top-notch original vintage clothing from the 1970’s – the craziest fashion era known to man, we still do NOT recommend that white guys buy and wear afro wigs as part of their ensemble. Why? Because it’s cheesy.

If you do buy one, then you do. After all, you are your own man. We want you to be happy! Unfortunately, your Mother already told us that you don’t listen. And YOU are the very guy that needs to know that IF you ask us if we have an afro wig to sell you, we may send someone out to slap your ass up.

And by the way, Mister. If we DID have afro wigs to sell you, they’d come with a BIG RED NOSE.

It’s almost the weekend 70s is back in style - a

Get your priority mail order in by 9 am (Eastern Standard Time) during regular business hours (excluding holidays) Monday through Friday and it will ship the same day! Get your UPS order in by 10:30am EST for same day shipping (Monday -Friday)